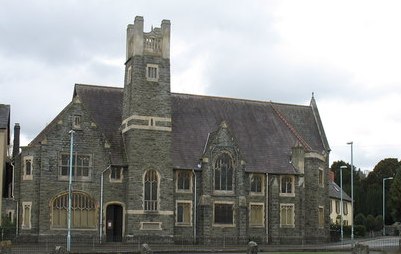 The first chapel to be built in Builth Wells, by Welsh revivalist Howell Harris in 1747. Being his first chapel he named it Alpha Chapel. It was first extended in 1824.

In 1878, during extensive renovation work, the elaborate new frontage was added. Some believe this was due to the growing status on the chapel in Wales.

The Gothic chapel as we see it today, is the 3rd chapel built on the site and was completed in 1903.