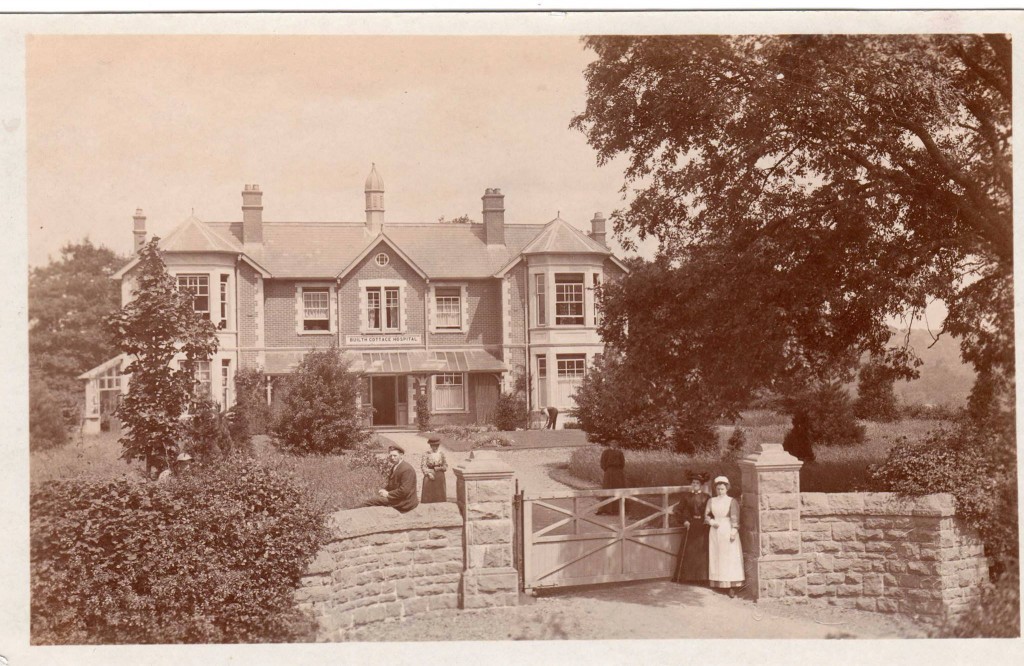 This Page is a work in progress and will be dedicated to information about the Cottage Hospital.

As many town residents are aware the loss of the Cottage Hospital to the town has been an emotional and strongly fought issue.

The site where the former hospital stands has now been sold by Welsh Health Estates to Social Landlords Wales & West Housing, a Charity based company building affordable homes for the rental and sales market.

A Open-House event was held in the Strand Hall on Tuesday 7th January for local residents to pop in to ask questions about the planning application and also to inform them of any interest in renting or purchasing any of the properties.

Builth Wells Online attended to ask questions on behalf of local residents who we unable to attend. It also gave us the opportunity to listen to resident’s views and corresponding replies from Wales & West Housing.

We  now have some answers and are awaiting confirmation by email of some others:

Q Why was the meeting arranged at a time that made it difficult for residents who work out of town to attend?

A The meeting was originally planned and booked to be from 2pm until 7pm in order to accommodate such people, but unfortunately the Town Council had a meeting in the building at 7pm and so they asked Wales & West Housing to vacate the building not later than 6.30pm. The Public Relations & Marketing Manager did assure me that she would ask that this was given consideration at any future meetings or open afternoons.

Q How are they able to sell the Old Hospital when so much of the hospital was financed through donations and fundraising?

A In 1948 when the NHS was founded the “Town” handed over the hospital, as did many other towns with cottage hospitals, to the NHS.

Q Have Wales & West Housing purchased the Land and hospital?

A The confusion with this has come about due to the fact that, when they printed the posters advertising this meeting, the sale had not been finalised. However, Wales & West Housing finalised the purchase of the land including the hospital building from the Welsh Health Estates (NHS) in December 2013.

Q Has permission for the demolition of the Old Hospital already been agreed?

A No, this is part of this Planning Application

Q What size accommodation is being proposed?

A The planning application is for 2 bedroom homes, a mixture of flats, houses and bungalows. This is because Wales & West Housing were informed by the Powys County Council that this was what was required in the area.

Whilst I was there, many of the town residents were coming in and expressing their disappointment in the lack of any 3 bedroom family homes. Wales & West Housing have said, this afternoon, that they will take these views back with them and it is possible that if the demand from local residents is there, that they can re look at including some 3 bedrooms properties on the site.

Q Why can’t the Old Hospital Building be incorporated into the new development?

A They have looked at including the Old Hospital Building in the development, but unfortunately as the Wales & West Housing are getting a 48% Housing Finance Grant to build the properties, therefore according to the rules set by the Welsh Government, they must be for new build and not restoration or conservation.

It also needs to be understood that due to the nature of the sale to Wales & West Housing and the fact they are a Social Landlords, they have to follow a code of standards that your general developer/builder does not have to comply with.

Wales & West Housing have to build homes with “Life Time Housing” in mind. For example: doorways & electric points have to be positioned so that they are suitable for the disabled and the stairways are designed wide enough to accommodate stair lifts etc.

Q How can the residents of Builth Wells be assured that if planning permission is granted, Wales & West Housing will not either apply to amend the application for executive homes or sell on the land for other development?

A A spokesperson for Powys Council Local Housing Services stated that:

Therefore legally if planning permission was to fail and/or the land was not going to be used for Affordable Housing, ownership would revert to Welsh Health Estates (NHS).

The spokesperson also clarified that is was a non profiting venture for Wales & West Housing.

He then went on to explain that he had been very much involved in the old garage site, which was initially bought and planning permission was agreed for Affordable Housing. This “private” developer was unaware that there was an underground tank that had caused great contamination to the development of the site. The cost involved in rectifying this problem, after 4 years of extensive inquires, sadly brought the Local Housing Department to the same decision as the developers, that the site was no longer a financially viable proposition for Affordable Housing.

Q Why aren’t other uses of the site being explored?

A Wales & West Housing were approached by Powys County Council to take on the site. This followed a decision made by the Health Board to make the existing building redundant.

This is something therefore that Wales & West Housing understandably does not feel they can answer. Unfortunately there was no one from the Health Board or Powys County Council to address the question to.

Many of the residents in attendance raised concerns that they did not believe Affordable Housing would be the best use of the hospital site.

Some wanted to know why an extension of the school, located opposite the site, was not being considered when at present it is so overcrowded that children are being taught in corridors and in class sizes of 34 pupils.

Some also raised the concern of traffic and pedestrian issues, alongside the road layout at the entrance to the development from Hospital Road. Wales & West Housing assured that would be a matter that the Planning Officers would discuss with Highways & Traffic Agencies as part of the planning application – as was standard procedure with all planning applications.

The Wales & West Housing representatives in attendance were as helpful as they could be, although it was a shame the representatives there to discuss criteria for allocation were not able to stay for the duration of the meeting, to answer residents attending the meeting after around 3.30pm. All residents attending were however invited to express their thoughts and interests on questionnaires, posting them in a box before leaving. They were also asked to leave their contact details on the forms.

Wales & West Housing representatives were welcoming and forthcoming with their answers, inviting everyone to contact them at their offices with any further questions.

Sarah Manners, their Public Relations and Marketing Manager, personally invited us to forward on any future questions to her and said she would ensure that she addressed them.  She welcomed the Builth Wells Online site being used to help keep residents informed of the project and she expressed the company’s desire to work with the local community and accommodate in providing them with the properties they need the most. She made the point that 3 bedroom properties had been a prominent request during the afternoon, so one that they needed to go back and discuss with a view to possibly incorporating some into the development.

I am also awaiting confirmation of a couple of other questions which the Representatives respectfully admitted they need to clarify before answering. This we appreciate as we, as a website for the community, do not want to mislead or misinform anyone.

We have now received a copy of the guide to the ‘Homebuy’ scheme produced by the Welsh Government which outlines the scheme, the development will be tenure neutral, with regard to question regarding the purchasing of a property on the development.Download

It was good to see Councillor Avril York managed to make it back from Wrexham in time to meet some of the residents.

If you have any further questions you would like answered, please comment in the box below or alternately email us using Builth Wells Hospital Development as the subject and we will happily forward them onto Sarah.

If you feel you have any details that you would like us to add to this page, please do not hesitate to get in touch via email.

Please bear with us, we understand that Builth Wells Hospital Development is of huge importance to the community on so many levels, which is why we feel it necessary to give it some room on this site, but remember that we do this in our spare time and have full time work commitments too.