The Royal British Legion is the UK’s leading Armed Forces charity and one of its largest membership organisations. Members get together through the network of branches and clubs all over the country and overseas to participate in social, fund-raising and welfare activities.

The Builth Wells  Branch meets regularly on the second Tuesday of the month socially at The Greyhound Hotel Builth Wells. We also hold regular committee meetings which members are welcome.

Becoming a member provides the opportunity to get involved socially in a wide range of activities and events held locally, regionally and nationally throughout the year.

Membership is open to everyone , whether they have served in the Armed Forces or not.

If you have an interest in the objectives of the Legion and want to help and support for those who have served and their families, come and join us. We welcome men and women of all ages.

If you wish to contact us about membership or requests to volunteer, please email our Branch Secretary at adrianleslierbl@gmail.com

Volunteers are the lifeblood of The Royal British Legion and Poppy Appeal and we couldn’t achieve all that we do without them.

We have a whole range of volunteering opportunities so there’s lots of ways you can get involved, whether you have got a lot of time to give or just an hour or two.

About The Royal British Legion 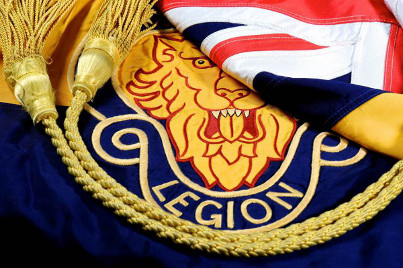 Founded in 1921, the Legion is not just about those who fought in the two World Wars of the last century, but also about those involved in the many conflicts since 1945 and those still fighting for the freedom we enjoy today. We provide financial, social and emotional care and support to all members of the British Armed Forces – past and present and their families. The Legion is also the national Custodian of Remembrance and safeguards the Military Covenant between the nation and its Armed Forces and is best known for the annual Poppy Appeal and its emblem the red poppy.